The Peruvian results for the Global Leaders survey (part of 2017 End of Year Survey and collected by WIN member Datum Internacional) show a very favourable view of the Pope: the Head of the Catholic Church has also the highest support in the Latin American region with 75% favour, and in the countries of the European Union (66%). In Peru, according to the net index (favourable minus unfavourable score), the Pope receives 46% support.

Globally, he obtained 56% favourable perception, surpassing other world leaders, such as presidents and politicians. In the chart below, the global figures (favourable and unfavourable) are compared to the net result in Peru. 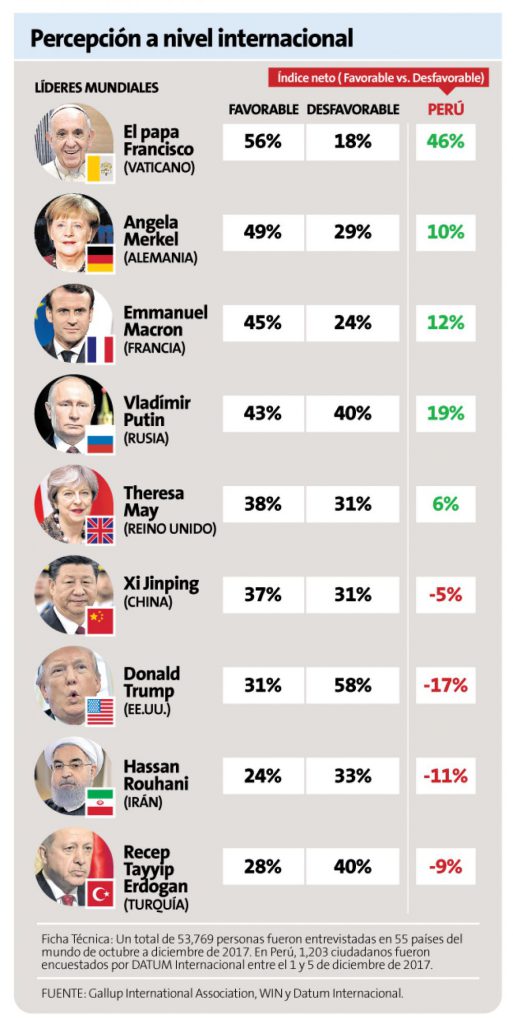 Among the leaders surveyed, Russian President Vladimir Putin obtained 19% (according to the analysis of the net index). This percentage is higher than the one registered by Angela Merkel (10%), Emmanuel Macron (12%), Theresa May (6%) and the US President Donald Trump (-17%). This list does not comply fully with the global one, in which the Russian President scored a lower result than the three European leaders.